Sorry, no funny jokes or pictures. I just want ideas. I can never come up with a good halloween costume. My best to date was probably the year I was Karl Marx, but that was really just a fake beard, a suit, and a copy of Capital. Anybody have any clever ideas?

My fancy gala actually ended up being a fair bit of fun, though the art auction bordered on catastrophic -- the recession has apparently hit the art market. Almost nothing went for above it's estimated value, and some of the most valuable pieces recieved no bids at all. I also got a feel for the general provinciality of the Vancouver scene. Granted, a number of luminaries were at the Toronto Art Fair, but neither the art nor the guests were terribly glamorous. It's a small and isolated city we live in.

I was a silent auction guard. I ended up wearing black jeans (just couldn't find a nice pair of dress pants), but it didn't seem to matter, there was plenty of denim around, despite the high price of the event. During the live auction, I was an art walker and had to parade some large paintings around the dining hall while the auctioneer from Christie's (a pleasantly commanding British woman who looked straight out of a BBC crime drama) called out the bidding.

The volunteers got a free dinner (though not the food that the guests got) at possibly the longest table I've ever eaten at, some free drinks, and a piece of art (a Liz Magor multiple in an "unlimited edition") that was complimentary to all attendees.

The Vancouver Club is pleasantly non-glitzy. It's too old-money for any kind of glitz. The level of comfort and quality in the furnishings was pretty astounding, actually. The whole place smelled wonderful, like old things very well-maintained, like generations spent in the pursuit of improvements in the material conditions of living. I seem to have been doing a good deal of venturing out of my usual social sphere, lately. It's been enlightening.

While volunteering as a functionary at a high-priced ($250/ticket) gala, is it permissible to:

- wear a blue pinstripe shirt instead of a white shirt?

- wear a black tie with a blue shirt?

- not wear a blazer?

- roll up my sleeves?

Please help me gauge the severity of these gaffes and determine how many I'm allowed to make.

What's a livejournal for if not crap like this?

Take a picture of yourself right now.
Don't change your clothes, don't fix your hair...just take a picture.
Post that picture with NO editing. 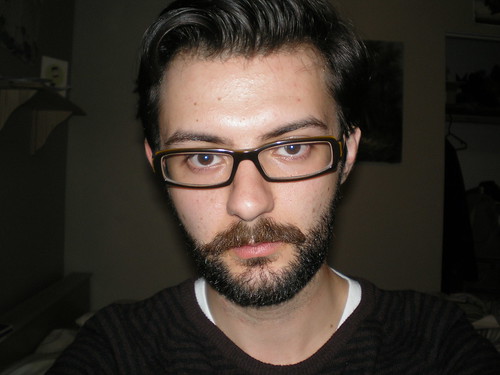 That thing about The Sartorialist that always bugged me but couldn't quite figure out...

I constantly hear little grumbles about The Sartorialist: Most can be attributed to the expected knee-jerk backlash from Schuman’s commendable DIY success in an extremely snobby field. But the one thing I hear over and over from people generally sympathetic to the Schuman’s site: the men and women featured on The Sartorialist appear at first glance to be “people on the street” but they are all models or work in the fashion industry

True, but I think the larger point is that sites like, say, Face Hunter, show you (for the most part, anyway) hipsters doing a lot of DIY mix-and-matching. Some of them might be wearing expensive clothes, but the majority are also working in thrift pieces or making wholly improvised outfits out of budget sources, and the results ran be pretty zany, and Hipster Runoff basically exists to make fun of that zaniness. The Sartorialist is, as Marxy says, pictures of professionals. In other words, rich people. So there's a natural conservatism and elitism to the Sartorialist that's openly class-based. "Style" for him is putting individual touches into mostly very expensive and quite traditional clothes, outfits suitable for conducting business and mingling with the wealthy. It's aspirational in that you might like something you see on there and consider how you could replicate it with less money, but at the end of the day, my response to it is usually, "Well, we might all look that nice if we had that much money." The fact that this isn't strictly true (lots of rich people dress tastelessly) is, I guess, the point of the Sartorialist: "Hey rich people, let's dress according to our status so as to not be mistaken for nouveau-riche or, god forbid, commoners."

It's still great eye candy, though, and I think the attraction of hipsters and non-rich people to the Sartorialist is part of a larger aspirational turn in fashion now that the idea of an actually transgressive subculture has lost all credibility. If mainstream = alt now and hipness isn't based in any idea larger than staying a step ahead of the mainstream*, why not ditch the oppositional chic and get on board the traditional fashion train?**

* Hence the reluctance of anyone to be called a "hipster". "Hip" isn't a real (sub)culture with values or ideals, it's just a position in a very fluid status game, the terms of which change every day. In the first place, no one wants to admit that they're actually participating a competition for distinction, and in the second place, calling someone a "hipster" means accusing them of not being adequately ahead of the curve.

** The answer, of course, being that while hipsterdom may not be transgressive in the way that punks (or even hippies) were (it doesn’t involve any utopian idea of a radical transformation or negation of society), if it does constitute a (sub)culture in any way, it’s as a grassroots community of mostly middle-class creatives whose political values may not be strident or even well-articulated, but at least gesture towards a liberal ideal of an equal and participatory society — there are still “scenes”, after all, and considered in the best light, they constitute what cultural theorists might call a “micro-economy” or a “counter-public”. This is why people get so excited about The Smell in LA, or the K/Marraige records/Portland scene, or Torontopia…maybe even about Vancouver’s “weird punk” scene, though Sam had a few things to say about negativity in Vancity.

This is basically an excerpt from the long form of my Adbusters "Hipster article" response that I keep alternately working on and shelving.

Since I lost my old bag, I've been using an even older army surplus one that I dug out of my closet. Just now I managed to forget it at Budgie's. Thankfully, it was recovered when a friend called my phone and the staff answered.

I am an idiot.

Okay, I was just kidding about abandoning my lj. 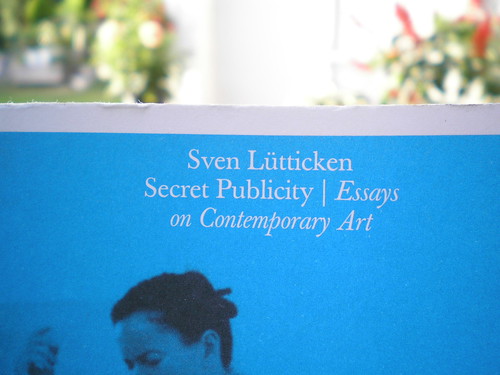 I know that I have not been blogging here at all, but I have blogging like a maniac on my tumblr. The tools make it super easy and the feed (and occasional reblogs) make it feel obscurely rewarding.

I also changed my tumblr layout so it looks a little nicer.

Goodbye, lj. It was a good run. Four years!

I don't expect that I'll keep putting too much up on this thing. I don't blog often enough to justify more than having a tumblr.

Here's some things I've been up to:

- Saw Radiohead and got totally soaked. It was a good show, but a brutal ordeal getting home.

- Finally saw Westworld. The dude in it does look kinda like me.

- Saw the new Woody Allen movie. It's great! Super simple with a classic structure and a warm but very up-front sense of irony about how troped its characters and situations were. It's like the movie itself was amused about how well its tricks work. Carried off with an almost musical sense of timing and great acting. Good Woody Allen is one of the few great art forms by and about affluent white people. Yes, "Woody Allen" is a art form in itself. It's a minor but important genre.

- I feel like a fool for not going to Prospect Point last night after seeing pictures of how much fun everybody had. Oh well. I'll see Basketball tomorrow. Coming to Victory Square?

- Went to the Stanley Park Singing Exhibition tonight and saw Andrew Bird, Destroyer, and Neko Case (missed Deerhoof, unfortunately). Destroyer played a wicked set, super solid and not too drunk, with a great setlist, and Neko (who I've never taken an active interest in) kind of bowled me over. Her voice is OBSCENELY emotive. Like, indecently. She also had some pretty earthy stage banter, like (as it was getting really unseasonably cold):

and then she got into a long, meandering discussion with one of her backup singers about how much the backup girl is into Wayne Osmond. He dug being an Osmond more than all the other Osmonds, apparently.

"I'll never get a date again," the lady lamented. "Except maybe at an Osmonds convention." Then, after a moments pause, she said,

"My niche is narrow....but warm, and velvety." I'm not sure if she intended the double-entendre or not.

- Heads up! This wednesday they're showing Metropolis at the Cinematheque, and next monday, they're showing Hiroshi Teshigahara's AMAZING Antoni Gaudi documentary, which has no narration (or dialogue at all aside from a few scenes with architects that are restoring or finishing Gaudi buildings), but it has a mind-boggling soundtrack by famed Japanese composer Toru Takemitsu that's pretty much worth the price of admission by itself.

- I'm going to the Battles on tuesday. You?

- SWARM is this weekend.

- Most of the music in my life is just a brief distraction from my ongoing love affair with Caetano Veloso and Funkadelic.

I got a Tumblr. Lazy as I am, it's been sucking up what feeble blog-energy I've been able to muster. While I oppose Tumblring in theory as the next symptom of degenerating attention spans on the internet, the logical end of which is the dissappearance of actual content in a mise-en-abyme of endless linking, I do admittedly enjoy the drive-by feeling of single images, songs, and inormation nuggets whizzing by in the constantly-updated Tumblr -feed.
Collapse